This is the passage about Cain and Abel, Adam and Eve's first two sons.  God accepted Abel's offering but did not accept Cain's offering; and this led to the first murder recorded in Scripture. 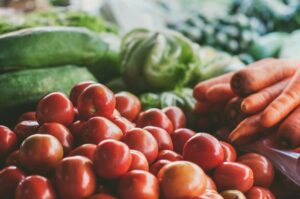 And Adam knew Eve his wife; and she conceived, and bare Cain, and said, I have gotten a man from the LORD. And she again bare his brother Abel. And Abel was a keeper of sheep, but Cain was a tiller of the ground. And in process of time it came to pass, that Cain brought of the fruit of the ground an offering unto the LORD. And Abel, he also brought of the firstlings of his flock and of the fat thereof. And the LORD had respect unto Abel and to his offering: But unto Cain and to his offering he had not respect. And Cain was very wroth, and his countenance fell. And the LORD said unto Cain, Why art thou wroth? and why is thy countenance fallen? If thou doest well, shalt thou not be accepted? and if thou doest not well, sin lieth at the door. And unto thee shall be his desire, and thou shalt rule over him. And Cain talked with Abel his brother: and it came to pass, when they were in the field, that Cain rose up against Abel his brother, and slew him. (Genesis 4:1-8)

People debate as to why God accepted Abel's offer but did not accept Cain's.  This can be argued forever, whether it was because Cain gave a fruit offering, while Abel gave a blood offering; or because Cain put his offering out there in a perfunctory manner, while Abel took care with his offering; and so on.

However, Christianity does not even call for such offerings today, as Jesus was the perfect sacrifice for all time:

But this man, after he had offered one sacrifice for sins for ever, sat down on the right hand of God; From henceforth expecting till his enemies be made his footstool. For by one offering he hath perfected for ever them that are sanctified. (Hebrews 10:12-14)

Therefore, such arguments are beside the point.  The passage can be summarized like this:

What we can pick up from this passage is that we need to stop sin in its tracks.  Cain let sin run its course, with devastating consequences. The following passage gives a good way to stop sin from running its course, which would have worked in this case:

Be ye angry, and sin not: let not the sun go down upon your wrath: Neither give place to the devil. (Ephesians 4:26-27)

Cain did not sin simply by being angry.  Of course, he did sin by murdering Abel! 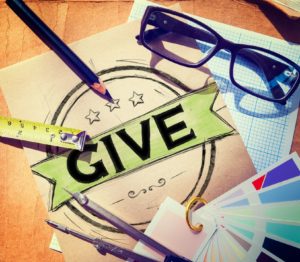 We still would like to have God accept our offerings.  After all, if we are going to part with a portion of our money, we would like for it to go as far as possible.  Here are some passages to show how to make our offerings as acceptable to God as possible:

Therefore if thou bring thy gift to the altar, and there rememberest that thy brother hath ought against thee; Leave there thy gift before the altar, and go thy way; first be reconciled to thy brother, and then come and offer thy gift. (Matthew 5:23-24)

Take heed that ye do not your alms before men, to be seen of them: otherwise ye have no reward of your Father which is in heaven. Therefore when thou doest thine alms, do not sound a trumpet before thee, as the hypocrites do in the synagogues and in the streets, that they may have glory of men. Verily I say unto you, They have their reward. But when thou doest alms, let not thy left hand know what thy right hand doeth: That thine alms may be in secret: and thy Father which seeth in secret himself shall reward thee openly. (Matthew 6:1-4)

Every man according as he purposeth in his heart, so let him give; not grudgingly, or of necessity: for God loveth a cheerful giver. (2 Corinthians 9:7)

This page may not appear to be actionable; however, sometimes looks can be deceiving.