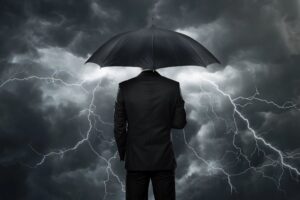 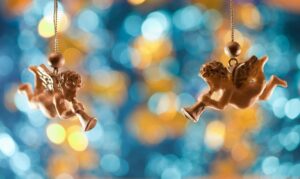 God Can Be Responsible

Noah and the Ark

For yet seven days, and I will cause it to rain upon the earth forty days and forty nights; and every living substance that I have made will I destroy from off the face of the earth. And Noah did according unto all that the LORD commanded him. And Noah was six hundred years old when the flood of waters was upon the earth. And Noah went in, and his sons, and his wife, and his sons' wives with him, into the ark, because of the waters of the flood. Of clean beasts, and of beasts that are not clean, and of fowls, and of every thing that creepeth upon the earth, There went in two and two unto Noah into the ark, the male and the female, as God had commanded Noah. And it came to pass after seven days, that the waters of the flood were upon the earth. In the six hundredth year of Noah's life, in the second month, the seventeenth day of the month, the same day were all the fountains of the great deep broken up, and the windows of heaven were opened. And the rain was upon the earth forty days and forty nights. (Genesis 7:4-12)

And Pharaoh said unto Joseph, I have dreamed a dream, and there is none that can interpret it: and I have heard say of thee, that thou canst understand a dream to interpret it. And Joseph answered Pharaoh, saying, It is not in me: God shall give Pharaoh an answer of peace. And Pharaoh said unto Joseph, In my dream, behold, I stood upon the bank of the river: And, behold, there came up out of the river seven kine, fatfleshed and well favoured; and they fed in a meadow: And, behold, seven other kine came up after them, poor and very ill favoured and leanfleshed, such as I never saw in all the land of Egypt for badness: And the lean and the ill favoured kine did eat up the first seven fat kine: And when they had eaten them up, it could not be known that they had eaten them; but they were still ill favoured, as at the beginning. So I awoke. And I saw in my dream, and, behold, seven ears came up in one stalk, full and good: And, behold, seven ears, withered, thin, and blasted with the east wind, sprung up after them: And the thin ears devoured the seven good ears: and I told this unto the magicians; but there was none that could declare it to me. (Genesis 41:15-24)

The Seven Years of Plenty and the Famine

And Elijah the Tishbite, who was of the inhabitants of Gilead, said unto Ahab, As the LORD God of Israel liveth, before whom I stand, there shall not be dew nor rain these years, but according to my word. And the word of the LORD came unto him, saying, Get thee hence, and turn thee eastward, and hide thyself by the brook Cherith, that is before Jordan. And it shall be, that thou shalt drink of the brook; and I have commanded the ravens to feed thee there. So he went and did according unto the word of the LORD: for he went and dwelt by the brook Cherith, that is before Jordan. And the ravens brought him bread and flesh in the morning, and bread and flesh in the evening; and he drank of the brook. And it came to pass after a while, that the brook dried up, because there had been no rain in the land...And it came to pass after many days, that the word of the LORD came to Elijah in the third year, saying, Go, shew thyself unto Ahab; and I will send rain upon the earth...And Elijah said unto Ahab, Get thee up, eat and drink; for there is a sound of abundance of rain. So Ahab went up to eat and to drink. And Elijah went up to the top of Carmel; and he cast himself down upon the earth, and put his face between his knees, And said to his servant, Go up now, look toward the sea. And he went up, and looked, and said, There is nothing. And he said, Go again seven times. And it came to pass at the seventh time, that he said, Behold, there ariseth a little cloud out of the sea, like a man's hand. And he said, Go up, say unto Ahab, Prepare thy chariot, and get thee down, that the rain stop thee not. And it came to pass in the mean while, that the heaven was black with clouds and wind, and there was a great rain. And Ahab rode, and went to Jezreel. (1 Kings 17:1-7, 18:1, 18:41-45) 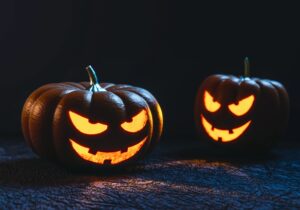 Satan Can Be Responsible

And the LORD said unto Satan, Behold, all that he hath is in thy power; only upon himself put not forth thine hand. So Satan went forth from the presence of the LORD....While he was yet speaking, there came also another, and said, Thy sons and thy daughters were eating and drinking wine in their eldest brother's house: And, behold, there came a great wind from the wilderness, and smote the four corners of the house, and it fell upon the young men, and they are dead; and I only am escaped alone to tell thee. (Job 1:12,18-19)