What Should Your First Steps as a Christian Be?

Note that this page assumes that you have previously made the decision to accept Jesus Christ as your Lord and Savior and would like to know what should your first steps as a Christian be, or that you are reviewing this page as a refresher.  If you have any doubts as to whether you are indeed saved and going to heaven, please see my page on How to Go to Heaven. 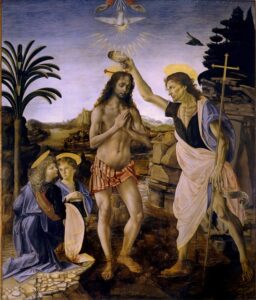 Now when they heard this, they were pricked in their heart, and said unto Peter and to the rest of the apostles, Men and brethren, what shall we do? Then Peter said unto them, Repent, and be baptized every one of you in the name of Jesus Christ for the remission of sins, and ye shall receive the gift of the Holy Ghost. For the promise is unto you, and to your children, and to all that are afar off, even as many as the Lord our God shall call. And with many other words did he testify and exhort, saying, Save yourselves from this untoward generation. Then they that gladly received his word were baptized: and the same day there were added unto them about three thousand souls. (Acts 2:37-41)[1]

But when they believed Philip preaching the things concerning the kingdom of God, and the name of Jesus Christ, they were baptized, both men and women. Then Simon himself believed also: and when he was baptized, he continued with Philip, and wondered, beholding the miracles and signs which were done. (Acts 8:12-13)

Philip and the Ethiopian Eunuch

Then Philip opened his mouth, and began at the same scripture, and preached unto him Jesus. And as they went on their way, they came unto a certain water: and the eunuch said, See, here is water; what doth hinder me to be baptized? And Philip said, If thou believest with all thine heart, thou mayest. And he answered and said, I believe that Jesus Christ is the Son of God. And he commanded the chariot to stand still: and they went down both into the water, both Philip and the eunuch; and he baptized him. (Acts 8:35-38)

And Ananias went his way, and entered into the house; and putting his hands on him said, Brother Saul, the Lord, even Jesus, that appeared unto thee in the way as thou camest, hath sent me, that thou mightest receive thy sight, and be filled with the Holy Ghost. And immediately there fell from his eyes as it had been scales: and he received sight forthwith, and arose, and was baptized. (Acts 9:17-18)

Peter at the House of Cornelius (Centurion)

While Peter yet spake these words, the Holy Ghost fell on all them which heard the word. And they of the circumcision which believed were astonished, as many as came with Peter, because that on the Gentiles also was poured out the gift of the Holy Ghost. For they heard them speak with tongues, and magnify God. Then answered Peter, Can any man forbid water, that these should not be baptized, which have received the Holy Ghost as well as we? And he commanded them to be baptized in the name of the Lord. Then prayed they him to tarry certain days. (Acts 10:44-48)

And a certain woman named Lydia, a seller of purple, of the city of Thyatira, which worshipped God, heard us: whose heart the Lord opened, that she attended unto the things which were spoken of Paul. And when she was baptized, and her household, she besought us, saying, If ye have judged me to be faithful to the Lord, come into my house, and abide there. And she constrained us. (Acts 16:14-15)

And brought them out, and said, Sirs, what must I do to be saved? And they said, Believe on the Lord Jesus Christ, and thou shalt be saved, and thy house. And they spake unto him the word of the Lord, and to all that were in his house. And he took them the same hour of the night, and washed their stripes; and was baptized, he and all his, straightway. (Acts 16:30-33)

Crispus, Chief Ruler of the Synagogue

And Crispus, the chief ruler of the synagogue, believed on the Lord with all his house; and many of the Corinthians hearing believed, and were baptized. (Acts 18:8)

Note that, in all cases, baptism occurred after the person(s) first believed in Christ.  Nowhere in Scripture did anyone baptize an infant. Therefore, one of your first steps as a Christian is baptism.

And they came unto John, and said unto him, Rabbi, he that was with thee beyond Jordan, to whom thou barest witness, behold, the same baptizeth, and all men come to him. John answered and said, A man can receive nothing, except it be given him from heaven. Ye yourselves bear me witness, that I said, I am not the Christ, but that I am sent before him. He that hath the bride is the bridegroom: but the friend of the bridegroom, which standeth and heareth him, rejoiceth greatly because of the bridegroom's voice: this my joy therefore is fulfilled. He must increase, but I must decrease. (John 3:26-30)

Baptized as an Infant?

What, then, should one do if he or she were baptized before first believing, either as an infant or at any other time? Scripture has the answer here as well:

And it came to pass, that, while Apollos was at Corinth, Paul having passed through the upper coasts came to Ephesus: and finding certain disciples, He said unto them, Have ye received the Holy Ghost since ye believed? And they said unto him, We have not so much as heard whether there be any Holy Ghost. And he said unto them, Unto what then were ye baptized? And they said, Unto John's baptism. Then said Paul, John verily baptized with the baptism of repentance, saying unto the people, that they should believe on him which should come after him, that is, on Christ Jesus. When they heard this, they were baptized in the name of the Lord Jesus. (Acts 19:1-5)

Therefore, baptism remains one of your first steps after becoming a Christian, even if you were baptized beforehand.

Note that baptism is not necessary for salvation:

But the other answering rebuked him, saying, Dost not thou fear God, seeing thou art in the same condemnation? And we indeed justly; for we receive the due reward of our deeds: but this man hath done nothing amiss. And he said unto Jesus, Lord, remember me when thou comest into thy kingdom. And Jesus said unto him, Verily I say unto thee, To day shalt thou be with me in paradise. (Luke 23:40-43)

For further information as to what is necessary for salvation, please see my page on How to Go to Heaven.

And let us consider one another to provoke unto love and to good works: Not forsaking the assembling of ourselves together, as the manner of some is; but exhorting one another: and so much the more, as ye see the day approaching. (Hebrews 10:24-25)

Be sober, be vigilant; because your adversary the devil, as a roaring lion, walketh about, seeking whom he may devour: (1 Peter 5:8)

Have you ever watched animal kingdom movies or documentaries?  Note what happens if a lion, in one spot, sees a herd of prey animals; but in another spot, sees a loner prey animal.  Guess whom that lion is going to attack!

By the same token, church attendance will give you fellowship with other Christians, and will put you into the protection of the herd. Yes, another of your first steps after becoming a Christian is regular church attendance.

This does not mean any church.  A number of churches do not teach correct doctrine.

But there were false prophets also among the people, even as there shall be false teachers among you, who privily shall bring in damnable heresies, even denying the Lord that bought them, and bring upon themselves swift destruction. And many shall follow their pernicious ways; by reason of whom the way of truth shall be evil spoken of. (2 Peter 2:1-2)

For the time will come when they will not endure sound doctrine; but after their own lusts shall they heap to themselves teachers, having itching ears; And they shall turn away their ears from the truth, and shall be turned unto fables. (2 Timothy 2:3-4)

A good question to ask the pastor/priest/minister of any church that you are considering attending:  Is Jesus Christ the only way to heaven?

If the pastor/priest/minister gives the wrong answer to this, then this would be the wrong church.

See also my page on Churches to Avoid. 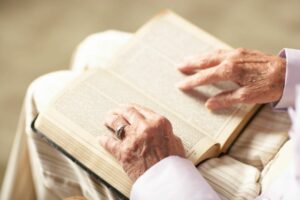 Let the word of Christ dwell in you richly in all wisdom; teaching and admonishing one another in psalms and hymns and spiritual songs, singing with grace in your hearts to the Lord. (Colossians 3:16)

See also my page on Knowing the Bible for more information. Bible reading is another of your first steps after becoming a Christian. 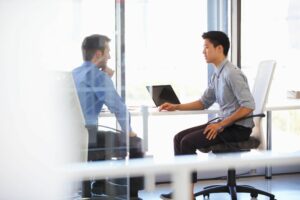 Telling Others About Your Decision

Whosoever therefore shall be ashamed of me and of my words in this adulterous and sinful generation; of him also shall the Son of man be ashamed, when he cometh in the glory of his Father with the holy angels. (Mark 8:38)

Telling others about your decision to accept Christ is one of your first steps after becoming a Christian. This is not necessarily the same as evangelizing the lost.  However, Jesus does not want secret-agent Christians.  I realize that you may need to use some discretion here, especially if you happen to live in an area where Christianity is severely persecuted.  I am not calling for you to become a martyr!

Have you taken these first steps yet?

If not, what are you waiting for?