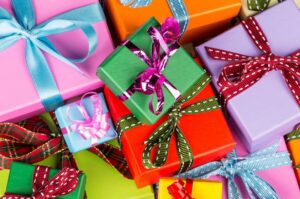 Now concerning spiritual gifts, brethren, I would not have you ignorant. Ye know that ye were Gentiles, carried away unto these dumb idols, even as ye were led. Wherefore I give you to understand, that no man speaking by the Spirit of God calleth Jesus accursed: and that no man can say that Jesus is the Lord, but by the Holy Ghost. Now there are diversities of gifts, but the same Spirit. And there are differences of administrations, but the same Lord. And there are diversities of operations, but it is the same God which worketh all in all. But the manifestation of the Spirit is given to every man to profit withal. For to one is given by the Spirit the word of wisdom; to another the word of knowledge by the same Spirit; To another faith by the same Spirit; to another the gifts of healing by the same Spirit; To another the working of miracles; to another prophecy; to another discerning of spirits; to another divers kinds of tongues; to another the interpretation of tongues: But all these worketh that one and the selfsame Spirit, dividing to every man severally as he will. For as the body is one, and hath many members, and all the members of that one body, being many, are one body: so also is Christ. (1 Corinthians 12:1-12)

Now ye are the body of Christ, and members in particular. And God hath set some in the church, first apostles, secondarily prophets, thirdly teachers, after that miracles, then gifts of healings, helps, governments, diversities of tongues. (1 Corinthians 12:27-28)

For I say, through the grace given unto me, to every man that is among you, not to think of himself more highly than he ought to think; but to think soberly, according as God hath dealt to every man the measure of faith. For as we have many members in one body, and all members have not the same office: So we, being many, are one body in Christ, and every one members one of another. Having then gifts differing according to the grace that is given to us, whether prophecy, let us prophesy according to the proportion of faith; Or ministry, let us wait on our ministering: or he that teacheth, on teaching; Or he that exhorteth, on exhortation: he that giveth, let him do it with simplicity; he that ruleth, with diligence; he that sheweth mercy, with cheerfulness. (Romans 12:3-8) 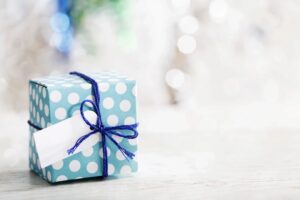 Every Christian Has at Least One Gift

But all these worketh that one and the selfsame Spirit, dividing to every man severally as he will. For as the body is one, and hath many members, and all the members of that one body, being many, are one body: so also is Christ. For by one Spirit are we all baptized into one body, whether we be Jews or Gentiles, whether we be bond or free; and have been all made to drink into one Spirit. For the body is not one member, but many. (1 Corinthians 12:11-14)

As every man hath received the gift, even so minister the same one to another, as good stewards of the manifold grace of God. If any man speak, let him speak as the oracles of God; if any man minister, let him do it as of the ability which God giveth: that God in all things may be glorified through Jesus Christ, to whom be praise and dominion for ever and ever. Amen. (1 Peter 4:10-11)

No Christian Has All the Gifts

For I would that all men were even as I myself. But every man hath his proper gift of God, one after this manner, and another after that. (1 Corinthians 7:7)

For Each Gift, Some Christians Do Not Have It

Are all apostles? are all prophets? are all teachers? are all workers of miracles? Have all the gifts of healing? do all speak with tongues? do all interpret? But covet earnestly the best gifts: and yet shew I unto you a more excellent way. (1 Corinthians 12:29-31) 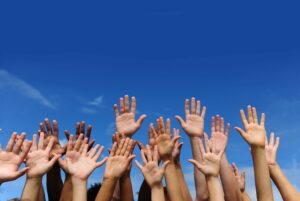 For Each Gift, Some Christians Have It

All Spiritual Gifts Are Important

And the eye cannot say unto the hand, I have no need of thee: nor again the head to the feet, I have no need of you. Nay, much more those members of the body, which seem to be more feeble, are necessary: And those members of the body, which we think to be less honourable, upon these we bestow more abundant honour; and our uncomely parts have more abundant comeliness. (1 Corinthians 12:21-23)

Spiritual Gifts Can Point to Callings

There is one body, and one Spirit, even as ye are called in one hope of your calling; One Lord, one faith, one baptism, One God and Father of all, who is above all, and through all, and in you all. But unto every one of us is given grace according to the measure of the gift of Christ. Wherefore he saith, When he ascended up on high, he led captivity captive, and gave gifts unto men. (Now that he ascended, what is it but that he also descended first into the lower parts of the earth? He that descended is the same also that ascended up far above all heavens, that he might fill all things.) And he gave some, apostles; and some, prophets; and some, evangelists; and some, pastors and teachers; For the perfecting of the saints, for the work of the ministry, for the edifying of the body of Christ: (Ephesians 4:4-12) 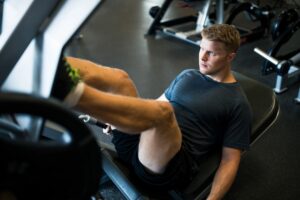 Christians Need to Use Their Gifts

For as we have many members in one body, and all members have not the same office: So we, being many, are one body in Christ, and every one members one of another. Having then gifts differing according to the grace that is given to us, whether prophecy, let us prophesy according to the proportion of faith; Or ministry, let us wait on our ministering: or he that teacheth, on teaching; Or he that exhorteth, on exhortation: he that giveth, let him do it with simplicity; he that ruleth, with diligence; he that sheweth mercy, with cheerfulness. (Romans 12:4-8)

Parable of the Talents (Matthew)

Parable of the Minas (Luke)

And as they heard these things, he added and spake a parable, because he was nigh to Jerusalem, and because they thought that the kingdom of God should immediately appear. He said therefore, A certain nobleman went into a far country to receive for himself a kingdom, and to return. And he called his ten servants, and delivered them ten pounds, and said unto them, Occupy till I come. And it came to pass, that when he was returned, having received the kingdom, then he commanded these servants to be called unto him, to whom he had given the money, that he might know how much every man had gained by trading. Then came the first, saying, Lord, thy pound hath gained ten pounds. And he said unto him, Well, thou good servant: because thou hast been faithful in a very little, have thou authority over ten cities. And the second came, saying, Lord, thy pound hath gained five pounds. And he said likewise to him, Be thou also over five cities. And another came, saying, Lord, behold, here is thy pound, which I have kept laid up in a napkin: For I feared thee, because thou art an austere man: thou takest up that thou layedst not down, and reapest that thou didst not sow. And he saith unto him, Out of thine own mouth will I judge thee, thou wicked servant. Thou knewest that I was an austere man, taking up that I laid not down, and reaping that I did not sow: Wherefore then gavest not thou my money into the bank, that at my coming I might have required mine own with usury? And he said unto them that stood by, Take from him the pound, and give it to him that hath ten pounds. (And they said unto him, Lord, he hath ten pounds.) For I say unto you, That unto every one which hath shall be given; and from him that hath not, even that he hath shall be taken away from him. (Luke 19:11-13; 15-26)

Christians Must Use Their Gifts Properly

How is it then, brethren? when ye come together, every one of you hath a psalm, hath a doctrine, hath a tongue, hath a revelation, hath an interpretation. Let all things be done unto edifying. If any man speak in an unknown tongue, let it be by two, or at the most by three, and that by course; and let one interpret. But if there be no interpreter, let him keep silence in the church; and let him speak to himself, and to God. Let the prophets speak two or three, and let the other judge. If any thing be revealed to another that sitteth by, let the first hold his peace. For ye may all prophesy one by one, that all may learn, and all may be comforted. And the spirits of the prophets are subject to the prophets. For God is not the author of confusion, but of peace, as in all churches of the saints. ( 1 Corinthians 14:26-33) 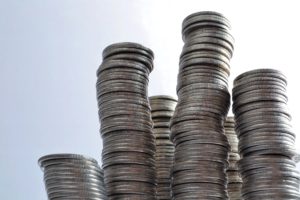 Spiritual Gifts Are Not for Personal Gain

And they came to Balaam, and said to him, Thus saith Balak the son of Zippor, Let nothing, I pray thee, hinder thee from coming unto me: For I will promote thee unto very great honour, and I will do whatsoever thou sayest unto me: come therefore, I pray thee, curse me this people. And Balaam answered and said unto the servants of Balak, If Balak would give me his house full of silver and gold, I cannot go beyond the word of the LORD my God, to do less or more. Now therefore, I pray you, tarry ye also here this night, that I may know what the LORD will say unto me more. And God came unto Balaam at night, and said unto him, If the men come to call thee, rise up, and go with them; but yet the word which I shall say unto thee, that shalt thou do. And Balaam rose up in the morning, and saddled his ass, and went with the princes of Moab. And God's anger was kindled because he went: and the angel of the LORD stood in the way for an adversary against him. Now he was riding upon his ass, and his two servants were with him...And they slew the kings of Midian, beside the rest of them that were slain; namely, Evi, and Rekem, and Zur, and Hur, and Reba, five kings of Midian: Balaam also the son of Beor they slew with the sword. (Numbers 22:16-22; 31:8)

Woe unto them! for they have gone in the way of Cain, and ran greedily after the error of Balaam for reward, and perished in the gainsaying of Core (Jude 11). 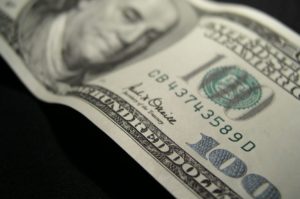 And when Simon saw that through laying on of the apostles' hands the Holy Ghost was given, he offered them money, Saying, Give me also this power, that on whomsoever I lay hands, he may receive the Holy Ghost. But Peter said unto him, Thy money perish with thee, because thou hast thought that the gift of God may be purchased with money. Thou hast neither part nor lot in this matter: for thy heart is not right in the sight of God. Repent therefore of this thy wickedness, and pray God, if perhaps the thought of thine heart may be forgiven thee. For I perceive that thou art in the gall of bitterness, and in the bond of iniquity. (Acts 8:18-23)