In many of the older manuscripts, the passage of the adulterous woman (John 8:1-11)[1] does not appear. However, the majority of Bible scholars believe that this event did transpire during Jesus' ministry, although John 8:1-11 may not be the correct placement.

Another issue is that many non-Christians and liberal Christians like to misapply the phrase in John 8:7: He that is without sin among you, let him first cast a stone.

This passage is also a good New Testament response to the annoying blogs that people post where they cherry-pick Old Testament verses stating that the offender was to be put to death. See also the page on mocking.  As shown below, adultery was such an offense. 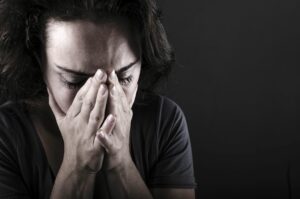 Jesus and the Adulterous Woman

The Passage of the Adulterous Woman

Jesus went unto the mount of Olives. And early in the morning he came again into the temple, and all the people came unto him; and he sat down, and taught them. And the scribes and Pharisees brought unto him a woman taken in adultery; and when they had set her in the midst, They say unto him, Master, this woman was taken in adultery, in the very act. Now Moses in the law commanded us, that such should be stoned: but what sayest thou? This they said, tempting him, that they might have to accuse him. But Jesus stooped down, and with his finger wrote on the ground, as though he heard them not. So when they continued asking him, he lifted up himself, and said unto them, He that is without sin among you, let him first cast a stone at her. And again he stooped down, and wrote on the ground. And they which heard it, being convicted by their own conscience, went out one by one, beginning at the eldest, even unto the last: and Jesus was left alone, and the woman standing in the midst. When Jesus had lifted up himself, and saw none but the woman, he said unto her, Woman, where are those thine accusers? hath no man condemned thee? She said, No man, Lord. And Jesus said unto her, Neither do I condemn thee: go, and sin no more. (John 8:1-11)[2]

Adultery Is Punishable by Death

If a man be found lying with a woman married to an husband, then they shall both of them die, both the man that lay with the woman, and the woman: so shalt thou put away evil from Israel. (Deuteronomy 22:22)

Jesus Did Not Wink at Sin

Afterward Jesus findeth him in the temple, and said unto him, Behold, thou art made whole: sin no more, lest a worse thing come unto thee. The man departed, and told the Jews that it was Jesus, which had made him whole. And therefore did the Jews persecute Jesus, and sought to slay him, because he had done these things on the sabbath day. But Jesus answered them, My Father worketh hitherto, and I work. Therefore the Jews sought the more to kill him, because he not only had broken the sabbath, but said also that God was his Father, making himself equal with God. (John 5:14-18)

The Jews Could Not Put Anybody to Death

Pilate then went out unto them, and said, What accusation bring ye against this man? They answered and said unto him, If he were not a malefactor, we would not have delivered him up unto thee. Then said Pilate unto them, Take ye him, and judge him according to your law. The Jews therefore said unto him, It is not lawful for us to put any man to death: (John 19:29-31)

The first issue here is that the scribes and Pharisees were not following their own law correctly. They caught the woman in the very act of adultery (John 8:1-11), which clearly means that they caught her with a man. According to both Leviticus 20:10 and Deuteronomy 22:22, both the man and the woman were to be put to death. Where was the man?

The second issue is that the scribes and Pharisees were trying to trap Jesus (John 8:1-11). As the John 5:14-18 passage shows, they were trying to be rid of Jesus. If Jesus said to let the adulterous woman go, they could claim that He was soft on sin. If he said to put her to death, they could accuse Him before the Romans, as the John 19:29-31 passage shows. Either way, Jesus would lose credibility.

Also, Jesus ended the conversation with the adulterous woman: Go, and sin no more (He also said this in John 5:14-18). Therefore, Jesus is not winking at sin here. He does ask for repentance!

Therefore, the scribes and Pharisees were not following their own law correctly; and they were not honestly asking Jesus their question. Jesus was avoiding their trap, not stating that anyone who has any sin in his life (i.e. everybody) cannot judge another person. Therefore, non-Christians and liberal Christians who cite John 8:7 are grossly mis-applying the verse.

See the section on judging others for additional information.

[1] I am adding the ability to link to scriptural references for convenience, especially for users of mobile phones. You will not leave this page by using these links.

[2] All scripture references are from the King James Version unless otherwise noted. Please see my about page for why I chose this translation.