A popular teaching exists about a phenomenon known as the rapture.  This belief is that, at some point, God will supernaturally remove His followers from the Earth.  What is the truth about the rapture?

The Truth About the Rapture 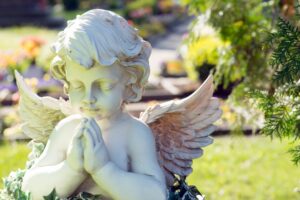 Passages People Use to Teach the Rapture

But I would not have you to be ignorant, brethren, concerning them which are asleep, that ye sorrow not, even as others which have no hope. For if we believe that Jesus died and rose again, even so them also which sleep in Jesus will God bring with him. For this we say unto you by the word of the Lord, that we which are alive and remain unto the coming of the Lord shall not prevent them which are asleep. For the Lord himself shall descend from heaven with a shout, with the voice of the archangel, and with the trump of God: and the dead in Christ shall rise first: Then we which are alive and remain shall be caught up together with them in the clouds, to meet the Lord in the air: and so shall we ever be with the Lord. Wherefore comfort one another with these words. (1 Thessalonians 4:13-18)[1]

But let us, who are of the day, be sober, putting on the breastplate of faith and love; and for an helmet, the hope of salvation. For God hath not appointed us to wrath, but to obtain salvation by our Lord Jesus Christ, Who died for us, that, whether we wake or sleep, we should live together with him. (1 Thessalonians 5:8-10)

And to the angel of the church in Philadelphia write; These things saith he that is holy, he that is true, he that hath the key of David, he that openeth, and no man shutteth; and shutteth, and no man openeth; I know thy works: behold, I have set before thee an open door, and no man can shut it: for thou hast a little strength, and hast kept my word, and hast not denied my name. Behold, I will make them of the synagogue of Satan, which say they are Jews, and are not, but do lie; behold, I will make them to come and worship before thy feet, and to know that I have loved thee. Because thou hast kept the word of my patience, I also will keep thee from the hour of temptation, which shall come upon all the world, to try them that dwell upon the earth. Behold, I come quickly: hold that fast which thou hast, that no man take thy crown. Him that overcometh will I make a pillar in the temple of my God, and he shall go no more out: and I will write upon him the name of my God, and the name of the city of my God, which is new Jerusalem, which cometh down out of heaven from my God: and I will write upon him my new name. He that hath an ear, let him hear what the Spirit saith unto the churches. (Revelation 3:7-13) 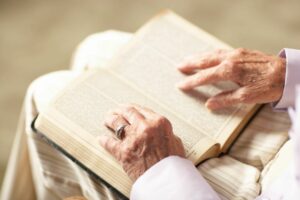 At the time of the writing of these passages, a concern existed about what would happen if one died before Christ returned. The first passage (1 Thessalonians 4:13-18)[2] was written to address this concern as opposed to the rapture.

The second passage (1 Thessalonians 5:8-10) is intended to state that God wishes to save all, not having anyone end up in hell. If wrath were meant to be undue persecution as in the Great Tribulation, tell that one to Christians in areas such as North Africa, the Middle East, South Asia, and North Korea, where persecution is often severe.

Wrath as stated in 1 Thessalonians 5:8-10 can certainly mean hell, as the verse below clearly states:

The third passage (Revelation 3:7-13) concerns Christ's letters to the seven churches in Asia (see also Letters to the Seven Churches). This passage states that He will keep them from the hour of temptation. The question is how to interpret the hour of temptation. The city of Philadelphia (modern day Alesehir, Turkey) was brutally sacked by Timur in 1402 AD and burned in 1922 AD; therefore, since the Great Tribulation has yet to occur, the "hour of temptation" is almost certainly something other than the Great Tribulation. Also, look at the letter to the church in Smyrna:

And unto the angel of the church in Smyrna write; These things saith the first and the last, which was dead, and is alive; I know thy works, and tribulation, and poverty, (but thou art rich) and I know the blasphemy of them which say they are Jews, and are not, but are the synagogue of Satan. Fear none of those things which thou shalt suffer: behold, the devil shall cast some of you into prison, that ye may be tried; and ye shall have tribulation ten days: be thou faithful unto death, and I will give thee a crown of life. He that hath an ear, let him hear what the Spirit saith unto the churches; He that overcometh shall not be hurt of the second death. (Revelation 2:8-11)

Passages Against the Rapture

And when he had opened the fifth seal, I saw under the altar the souls of them that were slain for the word of God, and for the testimony which they held: And they cried with a loud voice, saying, How long, O Lord, holy and true, dost thou not judge and avenge our blood on them that dwell on the earth? And white robes were given unto every one of them; and it was said unto them, that they should rest yet for a little season, until their fellowservants also and their brethren, that should be killed as they were, should be fulfilled. (Revelation 6:9-11)

When ye therefore shall see the abomination of desolation, spoken of by Daniel the prophet, stand in the holy place, (whoso readeth, let him understand:) Then let them which be in Judaea flee into the mountains: Let him which is on the housetop not come down to take any thing out of his house: Neither let him which is in the field return back to take his clothes. And woe unto them that are with child, and to them that give suck in those days! But pray ye that your flight be not in the winter, neither on the sabbath day: For then shall be great tribulation, such as was not since the beginning of the world to this time, no, nor ever shall be. And except those days should be shortened, there should no flesh be saved: but for the elect's sake those days shall be shortened....Immediately after the tribulation of those days shall the sun be darkened, and the moon shall not give her light, and the stars shall fall from heaven, and the powers of the heavens shall be shaken: And then shall appear the sign of the Son of man in heaven: and then shall all the tribes of the earth mourn, and they shall see the Son of man coming in the clouds of heaven with power and great glory. And he shall send his angels with a great sound of a trumpet, and they shall gather together his elect from the four winds, from one end of heaven to the other. (Matthew 24:15-22, 29-31)

This passage does teach a gathering; however, it is clearly after the Great Tribulation, not before.  Yes, it could teach either a post-Tribulation rapture, or that the gathering will occur at the second coming of Christ.

But when ye shall see the abomination of desolation, spoken of by Daniel the prophet, standing where it ought not, (let him that readeth understand,) then let them that be in Judaea flee to the mountains: And let him that is on the housetop not go down into the house, neither enter therein, to take any thing out of his house: And let him that is in the field not turn back again for to take up his garment. But woe to them that are with child, and to them that give suck in those days! And pray ye that your flight be not in the winter. For in those days shall be affliction, such as was not from the beginning of the creation which God created unto this time, neither shall be. And except that the Lord had shortened those days, no flesh should be saved: but for the elect's sake, whom he hath chosen, he hath shortened the days....But in those days, after that tribulation, the sun shall be darkened, and the moon shall not give her light, And the stars of heaven shall fall, and the powers that are in heaven shall be shaken. And then shall they see the Son of man coming in the clouds with great power and glory. And then shall he send his angels, and shall gather together his elect from the four winds, from the uttermost part of the earth to the uttermost part of heaven. (Mark 13:14-20, 24-27)

The Mark 13 passage implies that the gathering will occur at the second coming of Christ.  It also makes clear that this gathering occurs after the Great Tribulation.

In conclusion, Christians will not have a great escape, such as the rapture, from death and persecution to look forward to at the end times. Too many Christians want Easter without Good Friday. The church, like the non-church, will go into the Great Tribulation.