However, as I show below, some verses directly contradict Scripture; therefore, there is a reason that the Gospel of Thomas is not part of Scripture.  Note that this list is not necessarily exhaustive. However, even if only a few verses are wrong:

Your glorying is not good. Know ye not that a little leaven leaveneth the whole lump? (1 Corinthians 5:6)

Heaven and Earth Were Created for James the Just?

The disciples said to Jesus: We know that thou wilt go from us. Who is he who shall be great over us? Jesus said to them: In the place to which you come, you shall go to James the Just for whose sake heaven and earth came into being. (Thomas 12)[1]

(To the chief Musician, A Psalm of David.) The heavens declare the glory of God; and the firmament sheweth his handywork. (Psalm 19:1)[2] 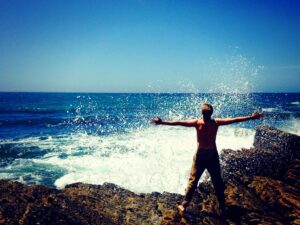 Jesus said: I am the light that is over them all. I am the All; the All has come forth from me, and the All has attained unto me. Cleave a piece of wood: I am there. Raise up the stone, an ye shall find me there. (Thomas 77)

This is pantheism (the universe is God).

In the beginning God created the heaven and the earth. (Genesis 1:1)

And what agreement hath the temple of God with idols? for ye are the temple of the living God; as God hath said, I will dwell in them, and walk in them; and I will be their God, and they shall be my people. (2 Corinthians 6:16)

And I heard a great voice out of heaven saying, Behold, the tabernacle of God is with men, and he will dwell with them, and they shall be his people, and God himself shall be with them, and be their God. (Revelation 21:3)

Jesus said: The kingdom is like a shepherd who had hundred sheep. One of them, the biggest, went astray. He left the ninety-nine and sought after the one till he found it. When he had laboured, he said to the sheep: I love thee more than the ninety-nine. (Thomas 107)

And he spake this parable unto them, saying, What man of you, having an hundred sheep, if he lose one of them, doth not leave the ninety and nine in the wilderness, and go after that which is lost, until he find it? And when he hath found it, he layeth it on his shoulders, rejoicing. And when he cometh home, he calleth together his friends and neighbours, saying unto them, Rejoice with me; for I have found my sheep which was lost. I say unto you, that likewise joy shall be in heaven over one sinner that repenteth, more than over ninety and nine just persons, which need no repentance. (Luke 15:3-7) 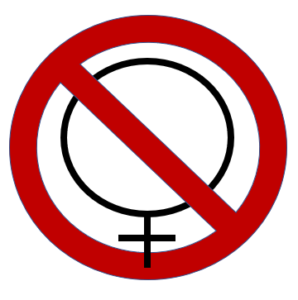 Only Males Can Go to Heaven?

Simon Peter said to them: Let Mary go forth from among us, for women are not worthy of the life. Jesus said: Behold, I shall lead her, that I may make her male, in order that she also may become a living spirit like you males. For every woman who makes herself male shall enter into the kingdom of heaven. (Thomas 114)

According to the Gospel of Thomas, only males can go to heaven; and females cannot.  This contradicts what the Scripture says:

[1] The quotes that use Thomas as a reference are from the Gospel of Thomas.↩

[2] All scripture references are from the King James Version unless otherwise noted. Please see my about page for why I chose this translation.↩