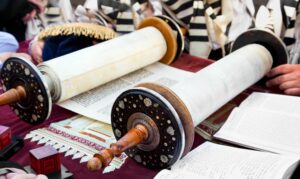 WHAT ABOUT THE OLD TESTAMENT APOCRYPHA?

To Include or Not to Include

The Apocrypha were not included in the Masoretic Text.

Neither Jesus nor any of the apostles quoted from the Apocrypha.

The First and Last Murders Recorded in the Old Testament

That upon you may come all the righteous blood shed upon the earth, from the blood of righteous Abel unto the blood of Zacharias son of Barachias, whom ye slew between the temple and the altar. (Matthew 23:35)[1]

The Murder of Abel, the First Murder Recorded in Scripture:

The Murder of Zechariah

And the Spirit of God came upon Zechariah the son of Jehoiada the priest, which stood above the people, and said unto them, Thus saith God, Why transgress ye the commandments of the LORD, that ye cannot prosper? because ye have forsaken the LORD, he hath also forsaken you. And they conspired against him, and stoned him with stones at the commandment of the king in the court of the house of the LORD. (2 Chronicles 24:20-21)

In the eighth month, in the second year of Darius, came the word of the LORD unto Zechariah, the son of Berechiah, the son of Iddo the prophet, saying, (Zechariah 1:1)

The first Zechariah had the wrong father (Jehoiada) and was murdered around 800 BC. The Old Testament does not state how the prophet Zechariah died; however, Zechariah 1:1 lists the correct father; and that Zechariah lived about three centuries later. Jesus here was stating the first and last murders of God's messengers.